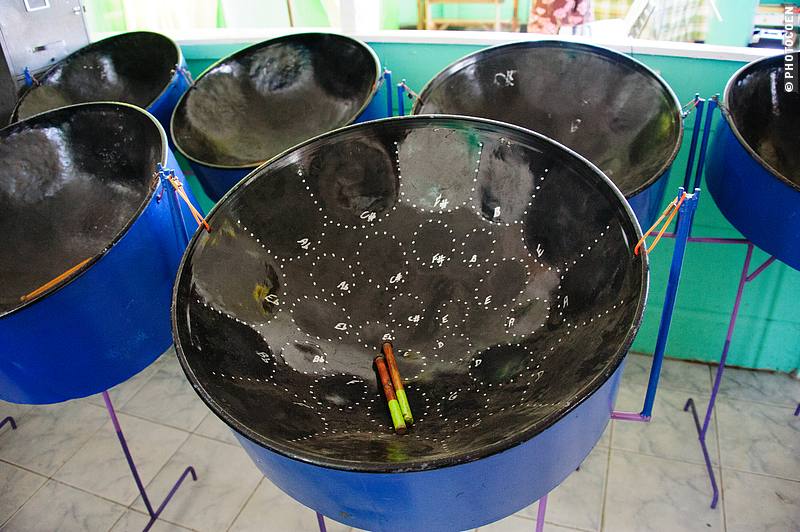 In my guidebook I had read about a steel pan museum in Georgetown.

Convinced that a steel pan was a frying pan I wondered why anyone would want a museum about steel pans.

I didn’t give the matter any further thought and ignored the museum.

Until, one afternoon, we visited an orphanage. Here a group of children gave a fantastic concert by playing on drums, which, I learned, they call steel pans. It made me aware (not for the first time) of how I can live under a rock and in some respects be totally unfamiliar with modernities. My not knowing that these drums are called steel pans and function as musical instruments falls into that category.

I was enchanted. So off we went, to the steel pan museum. I was excited to learn more. A pioneer in the steel pan business, Roy Geddes, has turned his garden into a colorful museum offering zillions of images of steel pan players, a couple of steel pans to practice on, explanatory panels on the history of this contemporary musical instrument and a lot of colorful odds and ends.

The steel pan was invented in Trinidad & Tobago, in 1946, by black youths from a ghetto and its use was soon followed by Guyana in 1947. Roy Geddes was rewarded several national awards in Guyana for his commitment to this are.

Even today, more than sixty years after he got involved with steel pan music – and led one of the leading steel bands in the country called the Roy Geddes Silverstones Steelband – he is still active as a steel pan tuner.

The museum was entertaining enough but it got even better when Roy Geddes walked in, introduced himself and we got talking. He is one of those charismatic people who make a difference in the world by strongly believing in something and acting upon it – in his case designing steel pan instruments and composing music for them.

His wife put on a CD and to my big surprise I was now listening to Mozart’s Eine Kleine Nachtmusik played on steel pans! Did you know it is possible to create the sounds of a guitar or even a violin on a drum-tuned-steel pan? According to Roy steel pans can be used to play jazz, funk, gospel, rock ‘n’ roll and many other genres.

It was one of those places I said goodbye to with a smile on my face – and of course I had a CD with steel pan music in my hand. 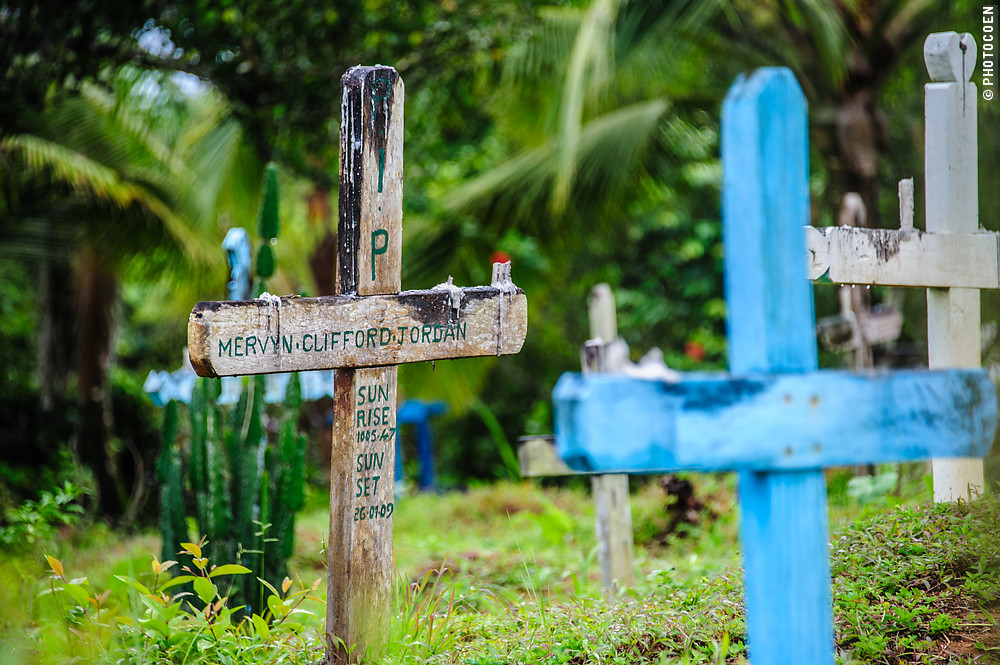 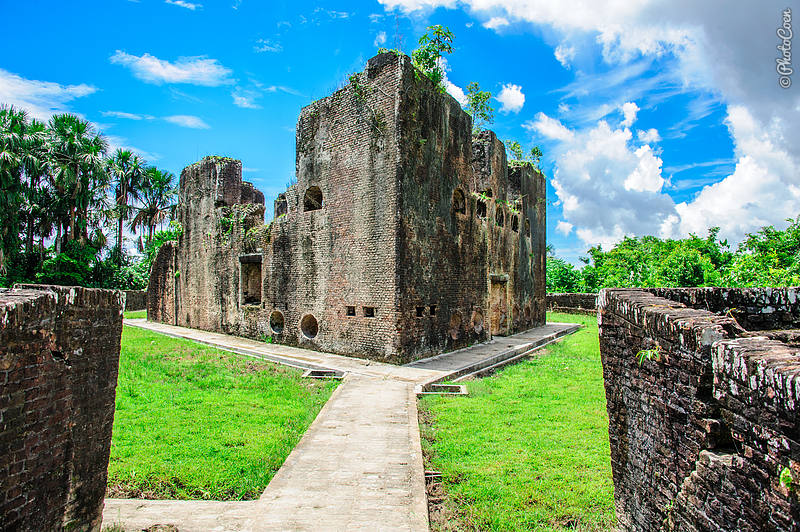