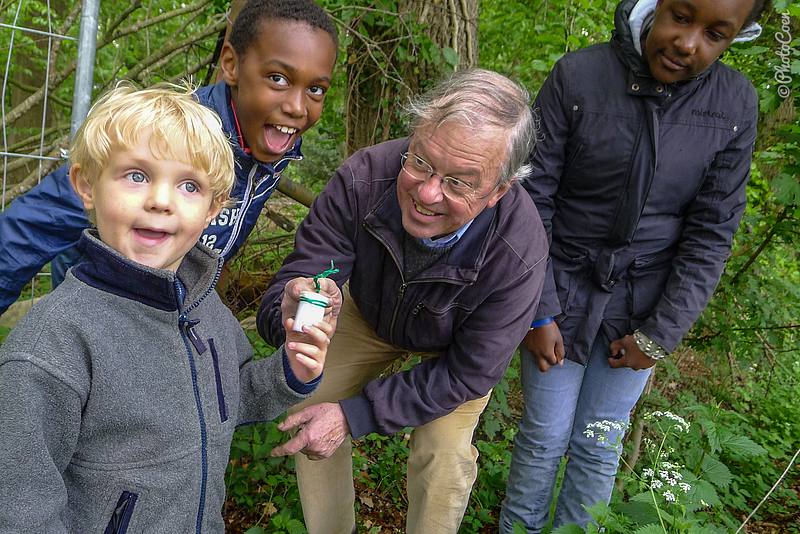 It is just one of these perfect days. The sky is blue, the sunrays are pleasantly warm. The heat is gone, the air is fresh and cool. Like one of those beautiful Indian Summer days.

We go geocaching and walk to Quito’s Parque Metropolitano.

Most hills are covered with forest and soon I am following in Coen’s footsteps on a narrow trail winding among Eucalyptus trees. Around us people are hiking, mountain biking and even hugging trees. The energy is strong, people are happy, enjoying themselves.

Coen takes out his Garmin GPS and checks our direction. No, we aren’t lost – we are searching for a treasure! Our first treasure hunt was in Bangkok, in 2006, in a park. It was not a particular site found in any guidebook; it was just a vast field.

We were there on a Sunday, and got to see how Thai in Bangkok like to spend their Sundays: with family, lover or friends in the park and as a result experienced another part of Thai life, one that may easily be overlooked by visitors.

In South America we would forget about geocaching for months, but then suddenly would remember it again. The search for one treasure often leads to a renewed enthusiasm to find geocaches simply because it is a fun activity.

Sometimes it provides a reason to get out of the car for a moment when driving long distances, and it has brought us to places we probably wouldn’t have gone otherwise.

Geocaching, or treasure hunting with the help of a GPS, has exploded into a worldwide game which, thanks to the Internet, connects those who bury treasures and treasure seekers all over the world. Until 2000, GPS waypoints would be way off the mark.

As I understand the American government, who is in control of the satellites, did this for security reasons. But in 2000 they gave up this security measure (here are the details on the GPS story).

Somebody wanted to test the new accuracy. He buried a treasure and invited friends to find it by using a GPS.

Everybody can join (see here). You sign up without paying a fee and you can download information on where to find treasures anywhere in the world. Today there are thousands of geocaches. The game is fun with kids as well as for adults.

For us the main reason to geocache is to explore places we otherwise probably wouldn’t have, such as this Parque Metropolitano. It was the first time we went geocaching in Ecuador.

The Metropolitano park lies spread out over a hill overlooking Quito. It mostly consists of eucalyptus trees but also has lots of open spaces for people to hang around, picnic and play games. It is hard to believe that you’re actually so close to a thriving city.

Apart from the wind rustling through the leaves the world was silent. There were few birds.

This park felt was perfect for geocaching. We wandered about for an entire day without hitting the same trail twice. We searched for 17 geocaches, which was a record. Of the 17 geocaches we found 13. The others either had disappeared or were too well hidden.

Among the geocaches we found, some were hidden underneath peeling tree bark. One was called ‘hole in the wall’: “Find the right hole in the right walls of a ruin of which the origins are unknown.”

Sometimes the person who has buried the treasure gives background information on the site. For example, we got a geocache called Atkins diet, with the owner explaining how this diet got him back in shape.

Another was called ‘in memoria of Giovani’. The treasure was buried in honor of a friend who had died the year before. And so, through these anecdotes, people share a bit of themselves, which adds a nice extra touch to the treasure hunt.

This is a park without vendors selling food & beverages all over the place. So a tip for treasure seekers here: bring a picnic. It was the only thing missing today.

Eventually we got hungry and went search of food. We had to walk down a parking lot where two food stalls sold some edibles. With renewed energy we set out to find the second half of the treasures, following trails, making short cuts through the eucalyptus forest which undergrowth exists of tall grass with treacherous deep holes, hidden because of that grass.

We found micro caches attached to electricity poles with a magnet, we searched underneath a bridge, lifted more bark, and searched for a well.

Treasures are hidden in containers that vary from very tiny up to old peanut butter jars or Tupperware boxes. Some contain only a piece of paper on which you note you were there (which you should also do on the website, on your return).

Others contain treasures, gadgets, and if you like you can take one, and put one back in return.

Occasionally a geocache contains a travel bug. These are special coins with a number. On the website (here) you can find where the travel bug wants to go.

For example, in Argentina we found a so-called travelbug. It was originally buried in Canada, accompanied by a written wish of the travelbug wanting to go to Ushuaia. So we took that travel bug and placed in another geocache farther south. This way travel bugs travel all over the world.

Geocaching in Ecuador (and the World) – a Way of Slow Travel

And so here we have another way of slow travel.

Today we spent a day in a park that we otherwise would have skipped. In Argentina we ended up hiking on a ski piste free of snow as it was summer but with stunning views of a lake near Bariloche. Especially in a tourist region such as Bariloche geocaching can help you find the little-known nooks and crannies of such a region. I remember a beautiful walk in the woods there to search for a cache.

Geocaching is a game you can do by yourself, with your friends, family and kids. It’s always fun. And nowadays you can even play this game using your smartphone.

Give it a try!