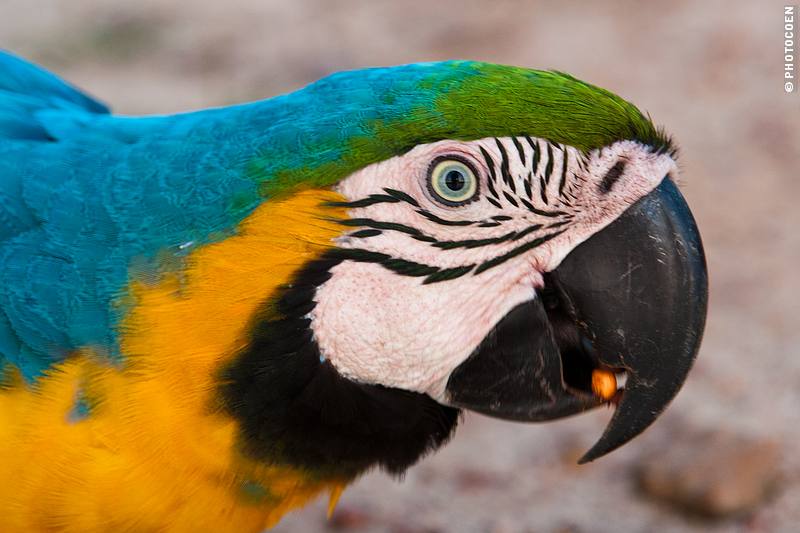 Just outside Guayaramerím, in northeast Bolivia, we stumbled upon Ituaba Eco Hotel, a hotel-cum-animal-refuge-center-cum-recreation park.

During our visit the animal refuge center was home to two blue-and-gold and two scarlet macaws, two toucans, two ocelots (medium-sized wild cats), wild boars, a young tapir and a couple of emus.

Can we stop hunting and trafficking them, please?

The animals had been confiscated by the authorities or had been found in the woods – wounded, but for whatever reason not taken by the hunters. The government has no funds to support these animals and the owner of this hotel has been granted permission to take care of them.

The owner explained that he wants to do his share in making the world a better place.

“Please take pictures of the animals and show them to the world,” is his request at the bottom of the explanation panels that are attached to the cages.

Some of these panels include an official note, like to the ocelots’, showing the permit but also giving the background of the animals. One of the ocelots grew up in just a cage of one square meter and was confiscated in a state of undernourishment and neglect. The other had found its way to the henhouse of a farm and became a threat to itself (being shot by a farmer) and for this reason can no longer be set free.

For hours Coen sat with one of the ocelots, observing all its movements while I was enchanted by how the two scarlet macaws meticulously washed themselves and each other.