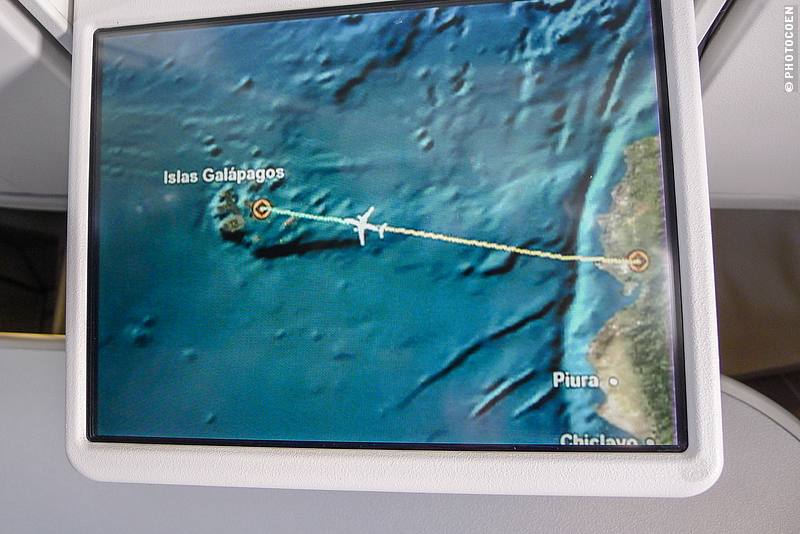 When we returned from the Galápagos Islands and I looked back on a trip full of magic and wonder, my eye was drawn to a sticker above my seat in the Land Cruiser.

“The Journey is the Destination“

And I realized, once more, how true that is.

It is easy to revel about the Galápagos Islands, one of the world’s famous UNESCO World Heritage Sites. Have you ever met travelers who didn’t like their trip to this archipelago? Visiting the Galápagos is a journey filled with superlatives: the most beautiful, stunning, magic, dramatic, special…. And, indeed, it is all those descriptions.

Yet, travel is more than that. Travel, to us, is also about the small things along the way. Elements that are not described with superlatives but which, when remembering them, bring that smile or maybe a tear.

While I was playing with this thought for a couple of days, I simultaneously fell back in the trap: talking about the fabulous and awesome part of the trip. Interesting, isn’t it? This is exactly what I did when writing a post about our Galápagos Cruise on Landcruising Adventure.

Fortunately, I have Notes on Slow Travel as well, which in fact is the perfect place to talk about the small things. So here it is: our journey to the Galápagos.

Where Do We Need to Go?

Where en when does a journey start? Is it the first time you think about it? When you book it, or map your itinerary? When you read about it? When you close the door of your house and carry your suitcase to your car/taxi/bus? The topic could be a subject for a philosophical debate.

I would say that for me the journey to the Galápagos started when we drove to one of Quito’s suburb and parked the Land Cruiser in a secure parking lot. The place was clean, had a toilet and even a shower. We spent a quiet night, disturbed only by a dog bark or a snort of one of the owner’s ponies that stood in a barn next to our vehicle.

The attendant had promised to take us to the airport at 5 am, but I spotted him already waiting when we got up at a quarter to five. That was a good start of the day – and journey. The drive took exactly twelve minutes, as the driver had told us it would.

I was my first taxi in South America that wasn’t falling apart. I actually sat on a cushion and not through the seat on some hard surface. We could converse without having to raise our voices because all kinds of things were rattling around us.

The night was cool, the double-lane highway empty, and the driver shared his story about his job. He told us how the airport charges 25 US dollars per night for a car. As a result a number of locals have built their own secure parking lots in the area, offering much more attractive prices (we paid $5 per night including transfer to and from the airport).

“My boss doesn’t live here but shows up every now and then. We never know when. So we make sure we do our work as best as possible so he is always satisfied with us,” he said.

Last August, the Quito Mariscal Sucre International Airport received the World Travel Award for being South America’s leading airport and so our expectations were high.

Initially it was not clear where we had to go. Travelers to the Galápagos Islands don’t go straight to the LAN Airline counter but have to follow a different route.

First of all we paid $10 Galápagos Tax (at the airport on the Galápagos you pay another $100 entrance fee for the national park, so bring enough cash).

Secondly, all luggage goes through an X-ray machine even before you check in. You can’t bring any forbidden goods such as fruits and vegetables to the islands because their seeds can result in devastating introductory plants.

So people were walking back and forth but hey, we were going to the Galápagos so we kept our smiles and a feeling of excitement. At the check-in stood employees of Metropolitan Touring, who paid the expenses of our trip.

They assisted passengers going on one of their cruise ships and guided us along, which was just perfect. From here onward it was pretty much like any check-in.

We had time to pass and headed for the first coffee bar we spotted. The coffee was strong and bitter. We sat on metal chairs which I found too cold to sit on. They may be modern and fancy looking but in my eyes, a person prone to bladder infections, a lousy choice.

the announcer screamed through her microphone, so I mostly sat with my hands in my ears. Coen complained about it but there was nothing she could do about it. A journey isn’t all roses and rainbows.

Fortunately, upstairs there were cushioned seats, a Darwin coffee bar, and a proper working announcement apparatus. I was comfy and happily spent my time reading up on Charles Darwin’s Voyage of the Beagle in 1835. I wonder how many other passengers were doing the exact same thing. I mean, you can’t visit the Galápagos without having read either this book and/or his book The Origin Of Species, can you?

From South America’s Leading Airport we stepped in the plane of South America’s Leading Airline: LAN (which paid for our flight). Coen asked if he could see the cockpit. Interesting, isn’t it? We’ve flown so many times and never bothered seeing it (I still haven’t except on the photo). I think it had to do with the excitement of this particular trip that Coen wanted to make the most of it. He chatted with the pilot and had his photo taken in the pilot seat.

We sat next to a charismatic man with long silvery hair and a long white beard. Marco is the first officer on the Santa Cruz Yacht, another cruise vessel belonging to the company we were going with, Metropolitan Touring. Behind us sat the captain of that same vessel.

The crew works six weeks on, three weeks of; the captain four and four. Marco had sailed around the world for some eighteen years on big commercial vessels that ply between South America and Europe before joining the world of Galápagos cruises.

There is one typical ritual when flying to Galápagos: the staff will spray the plane before landing to kill of any potential seeds or any other contamination that is not wanted on the islands.

The purser assured us that the spray does not damage our health. It kills all kinds of stuff​ but is considered safe for humans. Right. I’m not sure I’m buying that, but what could we do? Hold our breath for a while, I suppose, which is what I did while they sprayed the luggage compartments (and not every individual, which was what we expected).

We set our watch one hour forward and looked outside the window every five minutes, hoping to be the first to spot the islands. Clouds blocked the view though. The coffee was good as were the snacks such as Ecuadorian chifles (fried plantain chips).

The flight was uneventful which, you could argue, is exactly how you want a flight to be. No trouble, no upheaval, no headaches, no worries.

Have you ever been to an ecological airport? Do you know it exists? Well, the airport on Baltra Island (which was constructed a couple of years ago) apparently is the first in the world. It says so on various signboards. What ecological means here, among other things:

From the plane we walked down the steps and were ushered across the tarmac until we reached a solar-panel-covered walkway to the terminal.

We had reached our destination.

Practical Information on Visiting the Galápagos