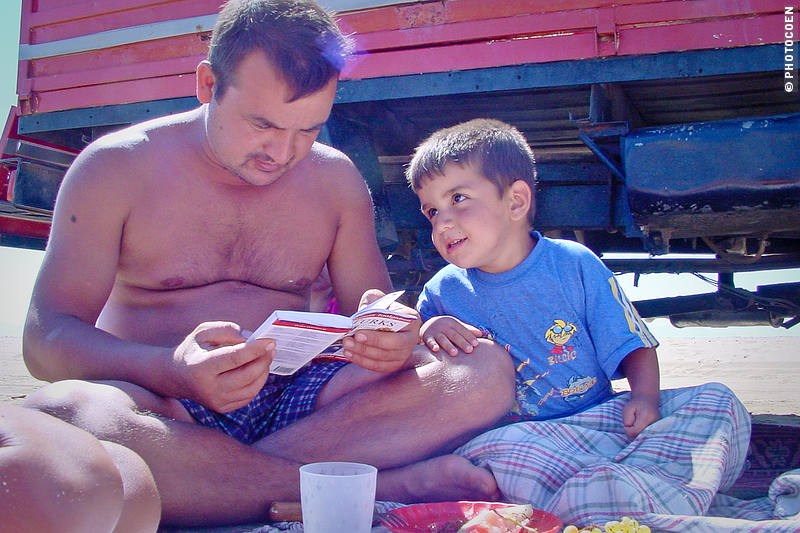 Learning a foreign language may seem like an obstacle impossible to overcome.

Anybody can learn a language.

Coen and I grew up in the same society, have the same highschool education yet our ways of learning a language are totally different, which shows that there isn’t one specific way to learn a language but that you have to find out what works best for you.

Talk to people. Listen to them. Copy them saying “hello”, “how are you”, and go from there. Each conversation, each day you’ll learn new words. Don’t bother trying to say it correctly, whether it is pronunciation or grammar. Just talk, make mistakes, laugh and try again: talk, make mistakes and laugh. Little by little you’ll get the hang of it.

“Er do Na Hang?” I asked (Where is Na Hang?). As usual when I made an effort to speak Vietnamese, my question was met with questioning looks. Fortunately, the majority of Vietnamese can read and I showed them the town on my map.

“Ah, Na Hang! That way,” the man said, and we carried on once more.

When later I asked for the road to Bac Quang, miracle oh miracle, the locals understood my question.

“Okay, straight ahead,” I instructed Coen.
“Are you sure?” Coen asked. “Maybe you should show them the map.”
“No, I won’t. Didn’t you see their reaction? They understood right away what I was asking,” I responded. It felt like having taken a huge step in conquering a bit of the language – no small feat in a language that uses seven tones.

However, instead of west we were driving north.
“I don’t know, I don’t think this is right,” I hesitantly admitted some twenty minutes later. “Let’s ask that truck driver.”
“Straight ahead,” the driver said while pointing into the direction we are heading.
“Show him the map!” Coen insisted this time.
“Aaah, Bac Quang!” he exclaimed. “No-o-o! Bac Ha straight ahead, but Bac Quang you have to go back,” the man explained in sign language.

Had my pronunciation of Bac Quang sounded like Bac Ha to them? The idea was discouraging.

For me, listening and copying is not enough. I need to understand the structure of a language. I want to know how a sentence is built up. Coen just wants to talk with people; I also want to understand a language. Studying a language is by no means a must to get a conversation going – as Coen daily demonstrates in all his interactions with local people – but it is something I have enjoyed doing.

From the Netherlands I brought Lonely Planet phrasebooks, and in Argentina (our first Spanish-speaking country) and in Brazil (the only Portuguese-speaking country in South America) I bought:

Note: In South America are few (decent) bookstores and finding a dictionary English-Spanish and English-Portuguese is not a matter of course. Best chance to buy dictionaries and verb books is a fancy bookstore in a luxurious shopping mall in a major city.

I learned the language by setting some goals:

All this sounds incredibly disciplined, which is not one of my character traits, so I stuck to that schedule as often as I failed to. Little by little I learned the basics of Spanish as well as Portuguese.

When we crossed the border from Uruguay (Spanish-speaking) to Brazil (Portuguese-speaking) I enthusiastically wrote down all the road signs. Along the highway there were many about Brazilian traffic laws.

I searched for a word in my dictionary, wrote it down, got confused, checked the next signboard and concluded: Hmm, I must have misspelled it, try again.

It didn’t make any sense at all. What word meant what?

It took me 500 kilometers to figure out that some of these signs were in Spanish (for all those Argentinean and Uruguay tourists driving to Brazil’s beaches to enjoy the summer) while others were in Portuguese!

As both languages were new to me, I couldn’t make the distinction which was a Spanish or which was a Portuguese phrase as the languages are so similar in writing.

One thing is for sure: you can, but you don’t need to spend fortunes on courses to learn a language. Just book that ticket, fly to that foreign destination and take it from there.

Having said that, in South America you’ll find plenty of opportunities to take a language course. Just google the subject and you will find many schools in different cities.

Staying in popular backpack hostels won’t help much in this respect. You may be speaking a foreign language with other travelers but probably not the local one.

Staying in Bed & Breakfasts (where often the owners don’t speak English) is a much better option when it comes to learning a language.

There are so many options, such as agricultural projects (e.g. organic farming) or an animal rescue centers.

Just don’t go to the places where there will be ten other volunteers at the same time because you’ll probably fall into the trap of speaking English, French, Dutch, German or any other familiar language with the other foreigners.

We have no experience with such organizations but we just learned about two that may help you find such jobs and places:

There are many more, no doubt. If you like to share a good one, please mention it in the comments.

4- Use your skills / education

Maybe you have a profession that can be helpful. Many foreigners teach English abroad. By living and working abroad, you’ll quickly learn the local language: Speaking with your students and other teachers, buying your groceries, finding your way to the post office or anywhere else.

They are easy to download. Instead of listening to your favorite music during those long hours on the bus, follow the language course on your iPod. Again, I can’t speak from personal experience, but Rosetta Stone is a name I hear regularly when people speak about wanting to learn a foreign language independently.

Can you recommend another one? I’d love to hear from you.

The Major Advantage of Learning a Local Language

To us, traveling has never been about covering distances and seeing as many countries as possible but we have traveled even slower on this continent than in Asia – a continent with so many languages that we never got beyond learning the basics.

As I explained in my previous blog about the major advantage of learning a local language, we love hanging around in South America because we can communicate on an in-depth level with local people at all echelons, and not just with those who got enough education to learn English. I am grateful that here I can talk with so many more women than in Asia, especially in (but not limited to) the countryside.

It has resulted in experiencing a culture in a way totally different from only watching, hearing or sensing it as an outsider. Speaking, and continuing to learn the local language enriches us every day.

What are your experiences in learning a new language?