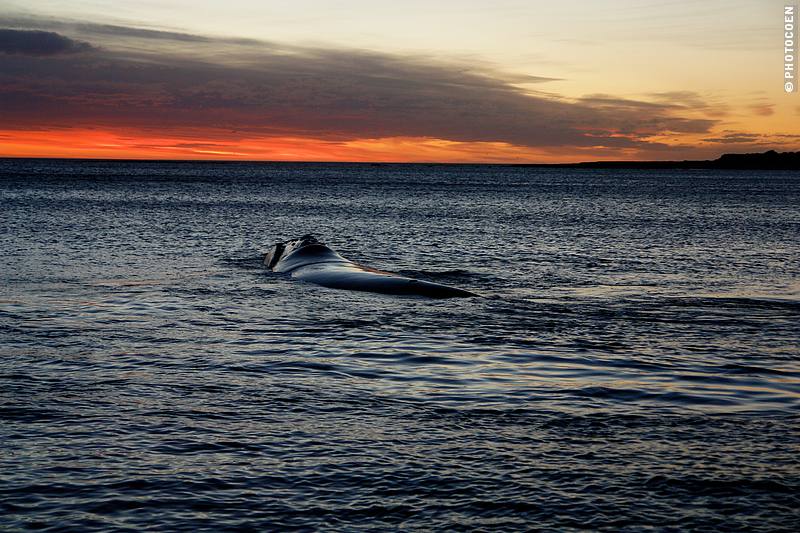 “Look at that! Am I seeing what I am seeing? A white baby whale?!”

Truly, Peninsula Valdes did not disappoint.

The baby whale was swimming right along with its dark-grayish mother in the Golfo Nuevo, a protected bay along the Atlantic Ocean of the Argentinean coast.

“Oh yes, it’s been around for a while. It’s an albino whale. Quite exceptional of course,” my neighbor informed me.

I was stunned and fell in love with the place even more than I already had.

I love Argentina for its incredible number and variety of wildlife, which is so easily visible throughout the country: guanacos (family of the llama), penguins, sea lions, elephant seals, dolphins, armadillos, rheas (a type of ostrich). And, incredibly enough, the National Reserve of Peninsula Valdes is home to most of these animals.

However, I hadn’t come to Valdes for any of the above-mentioned animals but for another one: the southern right whale. With any luck, I would be spotting an orca as well but I knew it wasn’t high season for these marine mammals.

It was high season for the southern right whales though. Each year between June and December some 2,000 of these marine mammals swim to the relatively warm bays of Golfo Nuevo and San José of Peninsula Valdes to breed and calve. Within this high season, the best chance to spot them is August-October.

How to Visit Peninsula Valdes

Peninsula Valdes Natural Reserve has been a UNESCO World Heritage Site since 1999. Overnight stays are prohibited in the park, nevertheless, if you are to camp at one place: at Punto Pardeles along Golfo Nuevo (note that this exception may be rescinded at any time). And that is where my partner Coen and I were staying, with some thirty other campers.

We spent the days lingering and going for walks. Throughout the day we saw the breaching of these endangered animals in the distance; you can get close to them by taking a boat trip. However, for us, there was no need for a boat trip. All we had to wait for was high tide.

It was a matter of waiting for the first shout, “There they are!” Everybody dropped whatever they were doing or reading, took their cameras and binoculars and ran to the shore. We sat or stood, and watched in awe.

With the rising tide the water level was now deep enough for these baleen whales to swim right along the shore, almost at touching distance. It felt like watching a slow-motion movie: in perfect harmony the mothers and their young glided through the water, slowly coming to the surface, spouting water and going down again.

This twice-daily spectacle is a mesmerizing sight that you don’t tire of. The spotting of the albino whale was an extra gift. To me, the visit to Peninsula Valdes isn’t one I can cross off the list “have been there/ have done that”. It’s one that remains because the idea of going back, one day, is just as enticing as visiting it for the first time.